The Bowler kinematic model is based on an xml formatted file, which contains the robot configuration. Defining the hardware structure is important to not only input into Bowler Studio, but also as an exercise in robot design and understanding. This .xml file contains the robot DH parameters to define the structure, as well as specifications such as types of robot motion (walking, stationary, flying, etc) and links (prismatic, revolute), also known as the ‘DH Chain’. Of course, link range, precision and offsets must also be taken into account in order to get an accurate model. User defined nomenclature for systems, groups and links help personalize and simplify the robot models contained within.

Now that the .xml file and its DH Chain has specifics of the system, it is used with scripts such as the CAD model, walking script or Inverse Kinematics script. These scripts are hosted by Bowler Studio, but can also be user edited if desired to change functionality or even fine tune to specific applications. The Forward Kinematics model are automatically generated by the system and used to place it in 3D space, either in the simulation or the hardware environment. Generating the design portion, the 3D view is first used as a preview of the robot system. The simulation environment represents physics to accurately represent a finalized design and its interactions in the world. 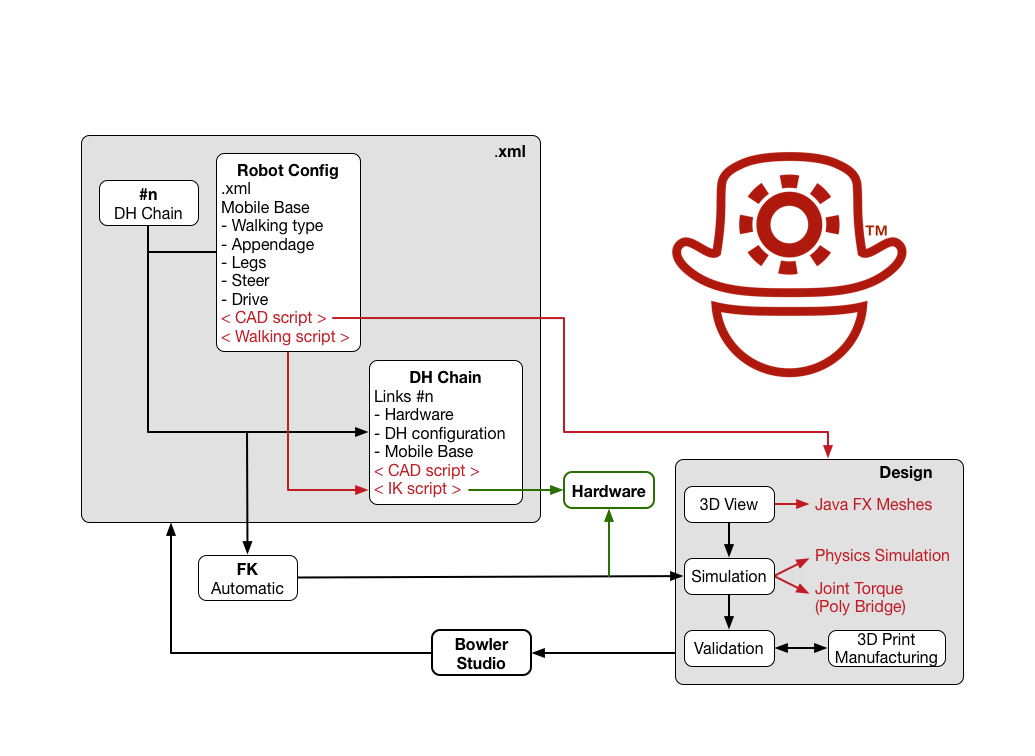